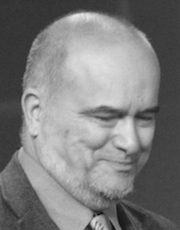 University of Illinois at Urbana-Champaign

Title: The Future of Supercomputing

Abstract: For three decades, High Performance Computing has pursued one simple strategy: Platforms have been built as clusters of commodity systems, chosen for their superior cost/performance. Customization has been limited to packaging, interconnect and “glue” software. The improvements in the performance of HPC platforms have been due to the cost/performance improvements of commodity hardware predicted by Moore’s Law, and to the increasing size and cost of leading supercomputers.

As Moore’s Law comes to an end, this approach is running out of steam. Continued performance improvements will require qualitatively different approaches. These include the use of highly heterogeneous architectures and specialized compute engines; and the aggressive use of energy saving technologies and packaging that enables high-energy densities. These changes in the underlying hardware will require significant changes in HPC software, in order to avoid the inefficiencies that occur at the multiple interfaces between software layers. Such changes may come at the expense of programmability and portability.

Biography: Marc Snir is Michael Faiman Professor in the Department of Computer Science at the University of Illinois at Urbana-Champaign. He currently pursues research in high-performance computing.

Marc Snir received a Ph.D. in Mathematics from the Hebrew University of Jerusalem in 1979. He was Director of the Mathematics and Computer Science Division at the Argonne National Laboratory from 2011 to 2016 and head of the Computer Science Department at Illinois from 2001 to 2007. Until 2001 he was a senior manager at the IBM T. J. Watson Research Center where he led the Scalable Parallel Systems research group that was responsible for major contributions to the IBM SP scalable parallel system and to the IBM Blue Gene system.

IBM. Marc Snir was a major contributor to the design of the Message Passing Interface. He has published numerous papers and given many presentations on computational complexity, parallel algorithms, parallel architectures, interconnection networks, parallel languages and libraries and parallel programming environments.

Marc is AAAS Fellow, ACM Fellow and IEEE Fellow. He has Erdos number 2 and is a mathematical descendant of Jacques Salomon Hadamard. He recently won the IEEE Award for Excellence in Scalable Computing and the IEEE Seymour Cray Computer Engineering Award.