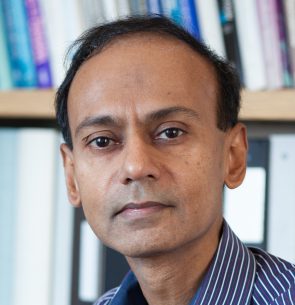 We espouse a principled approach to eliminating entire attack surfaces through microarchitectural isolation, rather than plugging attack-specific privacy leaks. We argue that minimal modifications to hardware can defend against all currently-practical side channel attacks and without significant performance impact. As an application of this approach, we describe the Sanctum processor architecture that offers strong provable isolation of software modules running concurrently and sharing resources, and Sanctoom, a speculative, out-of-order variant with similar properties. These processors provide isolation even when large parts of the operating system are compromised, and their open-source implementations allow security properties to be independently verified.

Biography: Srini Devadas is the Webster Professor of EECS at MIT where he has been on the faculty since 1988. His current research interests are in computer security, computer architecture and applied cryptography. Devadas received the 2017 IEEE W. Wallace McDowell award and the 2018 IEEE Charles A. Desoer Technical Achievement award for his research in secure hardware. He is the author of “Programming for the Puzzled” (MIT Press, 2017), a book that builds a bridge between the recreational world of algorithmic puzzles and the pragmatic world of computer programming, teaching readers to program while solving puzzles. Devadas is a MacVicar Faculty Fellow, an Everett Moore Baker and a Bose award recipient, considered MIT’s highest teaching honors.