Flow turbulence, in nature or technology, is the last unsolved problem in classical physics, as Feynman pointed out. Industry uses a wide variety of turbulence models, none of which can confidently predict transitions from laminar to turbulent flow or the reverse, or separation in a turbulent flow. Direct numerical simulations (DNS) are too expensive at high Reynolds numbers, but provide a unique tool for understanding complex flows, as DNS yields acceptably precise values of any desired flow variable, which is not yet feasible experimentally. The lecture will touch on two examples of recent work on complex flows in the DNS Laboratory at JNC, respectively on gas turbine blades and in cumulus clouds. The advent of HiPC has made a big difference to the problem of understanding such complex flow behaviour, and it is to be hoped that AI will make a similar impact.

Professor Roddam Narasimha (b.1933), PhD (Caltech), FRS, is an aerospace scientist working on a variety of flow problems, including turbulent flows, transitions from a laminar to a turbulent state as well as the reverse, shock waves, low-density gas dynamics and (currently) on gas turbine blades and cumulus clouds. His academic career has been largely associated with IISc (1962-99) and JNCASR (1989-) in Bengaluru. These have been partially interrupted by tenures as Director of the National Aerospace Labs. (1984-93) and of the National Institute of Advanced Studies (1997-2004), and two years at HAL leading an aircraft project. During 1978-83 he led a joint NAL-HAL-IISc team on preliminary studies of the Light Combat Aircraft (LCA) concept, approved as a project by GoI in 1983.Under his leadership NAL made the first Indian parallel computer Flosolver and the first DNS study. During his later years he has occupied chairs endowed by INSA, ISRO, DST, Pratt and Whitney and others. He has also been involved in national policy-making bodies like the Scientific Advisory Council to the PM (three terms) and the Space Commission (18 yrs.).

His work has been recognized by Fellowship of the Royal Society (UK), Foreign Associateship of the US National Academy of Sciences and of Engineering, and Fellowships of all Indian national Academies of Sciences and of Engineering. He was President of IASc during 1992-94. He has won the Bhatnagar Prize in India, and the AIAA Fluid Dynamics Award (US) and the Trieste Science Prize (TWAS) abroad. He has visited Caltech several times,  as Clark B. Millikan Professor or as Fairchild Distinguished Scholar, and was J. Nehru Professor at Cambridge1989-90. He has been honoured with the Padma Vibhushan by the President of India, and has several honorary doctorates.

The talk will present a collaborative effort involving Computational Aerodynamics Lab at IISc, Research and Analysis Team of SandI and NVIDIA, in porting the the general purpose CFD solver HiFUN on GPU. For a legacy CFD solver of the kind HiFUN, which exhibits an excellent scalability on distributed memory HPC platforms (requiring as few as 1 K volumes per core for over 85% parallel efficiency), important challenges in GPU porting are, retaining the readability, portability and multi-node scalability of the solver while exploiting the data parallelism the CFD algorithm offers. An off-load model employing OpenACC directives is proposed for the GPU porting. A multi-layered data employed for MPI parallelism is further exploited for this purpose. While the talk, in general, will highlight the speed-ups achievable with the GPUs, in particular will discuss the possibilities arising out of the use of more recent VOLTA GPU.

The talk will also touch upon the possible advantage the GPUs offer for the next generation higher order CFD algorithms.

Prof. N. Balakrishnan got his PhD from the Department of Aerospace Engineering, Indian Institute of Science, Bangalore in the year 1995. Balakrishnan, after a brief stint in ENSAM, Paris as a post-doctoral fellow and IIT, Kanpur as an Assistant Professor, rejoined the Department of Aerospace Engineering, IISc as an Assistant Professor in the year 1998. He is presently a Professor in the department, heading the Computational Aerodynamics Lab. His interests are in CFD algorithms and applications. He has guided over 15 research scholars and has over 100 publications primarily in the area of CFD algorithms. His work on unstructured finite volume solvers has resulted in an industry standard CFD solver HiFUN, which is extensively used by the Indian Aerospace industry. He is also one of the founder directors of SandI, a venture company specializing in CFD services, incubated out of IISc.

Multiphase microfluidics encompasses a wide variety of applications, including studying of droplets, vesicles, cells as well as interfacial flows in confined fluidic environments. Such motions may take place in the presence of additional physical effects, such as electric field, temperature gradient etc. These problems can be addressed from various considerations, including analytical, numerical and experimental ones. Phase field method has emerged as an effective tool for modelling such problems, integrating the paradigm of energetics and fluidics in a unified platform.

The lecture will introduce some typical examples encountered in multiphase microfluidics, in order to demonstrate the efficacies of various analytical and numerical tools for solving such large classes of problems. Success of phase field method towards achieving this goal will be particularly highlighted. Future research directions on related topics will also be outlined.

Dr. Suman Chakraborty is currently a Professor in the Mechanical Engineering Department as well as an Institute Chair Professor of the Indian Institute of Technology Kharagpur, India, and the Head of the School of Medical Science and Technology. He has been also awarded the J. C. Bose National Fellowship. He is currently the Associate Dean for Sponsored Research and Industrial Consultancy. His current areas of research include microfluidics, nanofluidics, micro-nano scale transport, with particular focus on biomedical applications. He has been awarded the Santi Swaroop Bhatnagar Prize in the year 2013, which is the highest Scientific Award from the Government of India. He has recently been awarded with the prestigious J. C. Bose Fellowship. He has been elected as a Fellow of the American Physical Society, Fellow of the Royal Society of Chemistry, Fellow of ASME, Fellow of all the Indian National Academies of Science and Engineering, recipient of the Indo-US Research Fellowship, Scopus Young Scientist Award for high citation of his research in scientific/technical Journals, and Young Scientist/ Young Engineer Awards from various National Academies of Science and Engineering. He has also been an Alexander von Humboldt Fellow, and a visiting Professor at the Stanford University. He has 400+ Journal publications.

Authors are invited to submit original unpublished research in the form of extended abstracts (maximum three A4 page) that demonstrate current research in areas of Computational Fluid Dynamics.

Abstracts will be shortlisted for oral or poster presentation.

o Background/Motivation/Objective for the present work

o Novelty/contribution of this work.

The articles will be peer reviewed and published in IEEE proceedings. 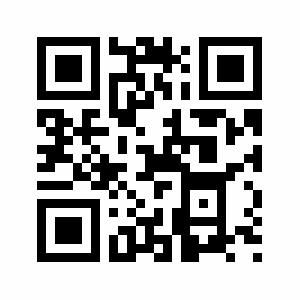 Authors may contact the Organizers at the email address below for further information or clarification.